Want LESS HEARTACHE and MORE HUGS in your life?

Stop focusing on the symptoms and get to the true heart of it.

We all know what it’s like hoping to find someone to love, someone with whom we could see ourselves spending the rest of our life. When you find the ONE, it's such a thrill. Even with all the ups and downs of dating and getting to know one another, love carries us through.

Love is so inspiring. It's one of the most powerful forces in the universe. It's our most incredible personal purpose, the ultimate WHY for everything we do.

That’s why it’s so hard when our most important relationships run into trouble. When things aren't quite as good as they once were, when we know that it can be better but things just aren’t working, it can be frustratingly difficult. 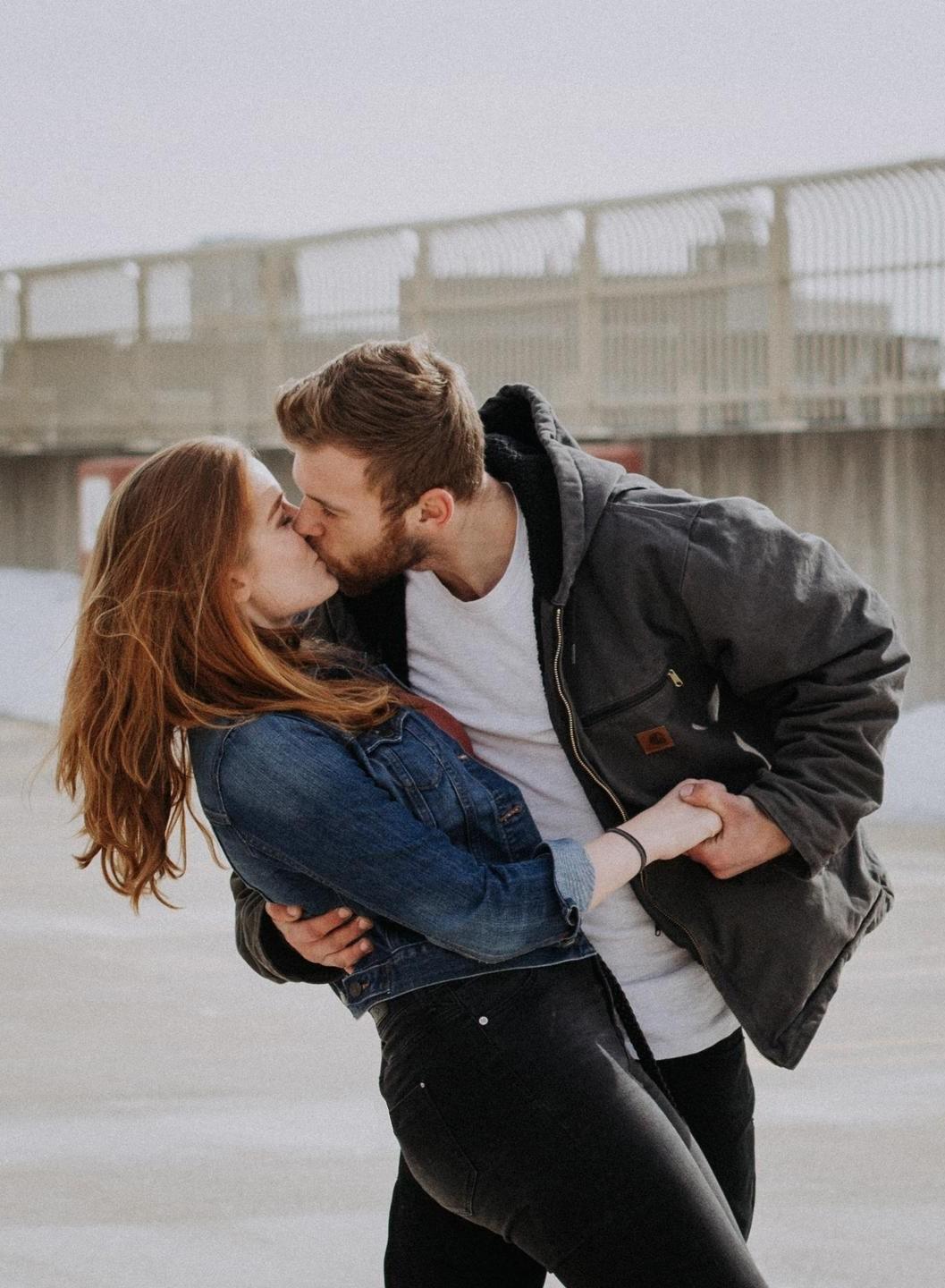 No one wants their love to suffer. Heartache is the worst kind of pain.

We all want our love to thrive, to lift us higher, and to bring us closer together. We want those good hugs, and more of them. 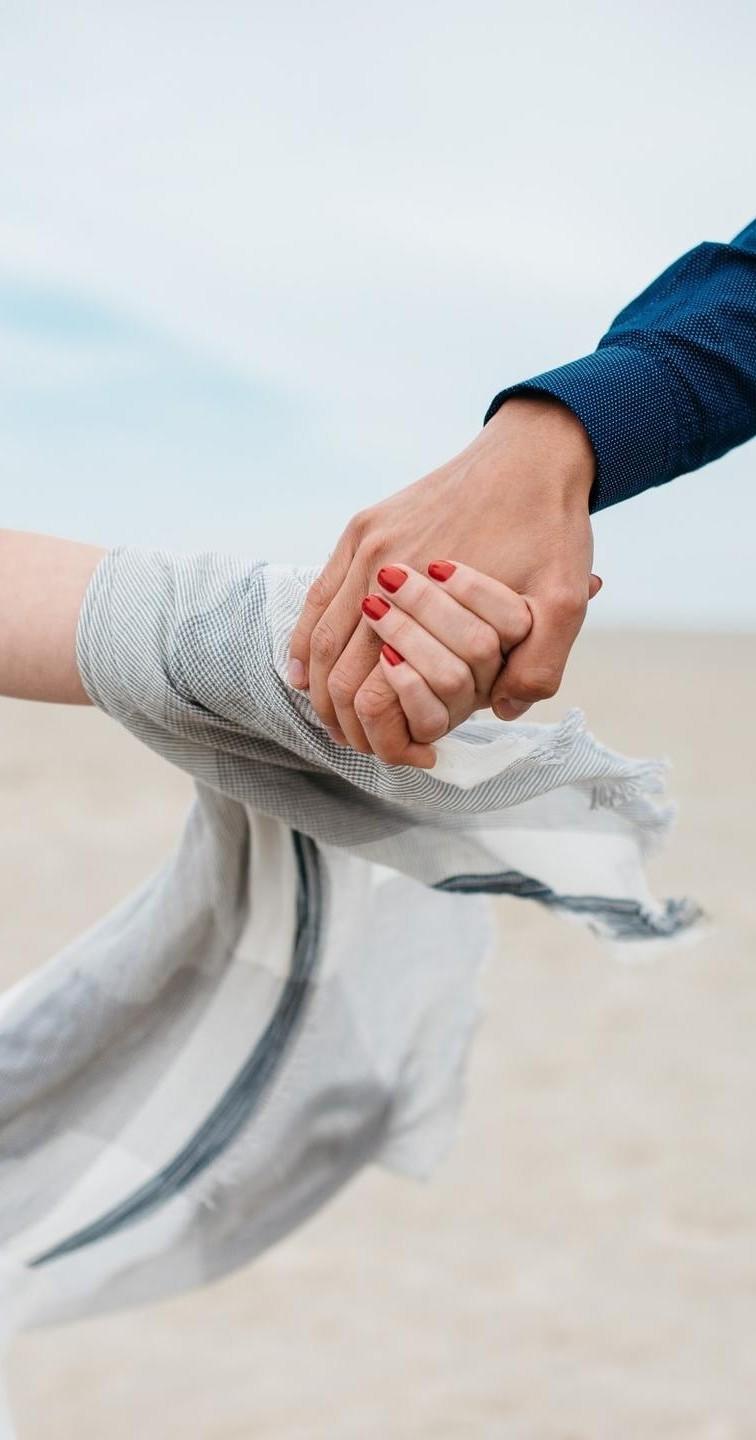 Sometimes life gets in the way: work, money, misunderstandings, other commitments, etc., and before we know it, our amazing relationship just isn't what it once was. Maybe it's just getting crowded out. Maybe it's becoming normal. The honeymoon is over and now we have to confront “real life.” Some call this process evolving into "mature love.” Does maturing in our love mean we have to lose the passion and excitement that was once there?

Of course life continues around us, and of course we have other commitments and priorities we have to manage, but does our love have to suffer because of it? Is this really the best we can do? It may be painfully common to lose the fire, but is it really unavoidable – or even something we would want?

Maybe thinking "life is happening" is just a way to say something is happening to our relationship that we don't know how to fix.

But there are those who refuse to accept drifting apart in our relationships as a foregone conclusion. No matter how "normal" it is made to appear, you know there’s something better.

When you look far enough, you do find loving, committed relationships that have withstood the test of time, managed the twists and turns of life, and still come out full of passion, closeness, and excitement. Their version of mature love is the best of both worlds: passionate connection and effective teamwork.

We all want that, but just knowing that it’s possible, isn't enough to make it happen. Who wouldn’t want that kind of perfect relationship? But few of us have it. They’re obviously doing something differently than the rest of us. Of course, someone could think that maybe people in those glowing relationships were just fortunate enough to find the “right” soulmate, and *poof* they live happily ever after. But maybe a person is the right soulmate precisely because they ARE doing things differently. How would you like to get under the hood and find a way to make the perfect soulmate a reality for you?

How would you like to get under the hood and find a way to make the perfect soulmate a reality for you?

Instead of learning from healthy relationships, people tend to focus on what’s wrong. This leads to a system that focuses on problems and trying to avoid them, rather than to a system that's capable of building from good to great.

It's more common than not for a relationship to go from amazing to stale. For all too many, the stale either lasts until they can't take it any longer or it leads to fighting. The problem isn't lack of caring.

And the more you care, the harder you fight to get your relationship back to the “amazing” that it once was. But sometimes our way of “fighting harder” only brings temporary, often negative change, which gets in the way of love even more. Then, not only is there less “amazing” in your relationship, there’s even more fighting and heartache.

There is a difference between fighting for our relationship and fighting in it. Some couples get so frustrated they just give up fighting altogether. Using the wrong tools, the more we try to fix things, the more broken they get. It’s a slippery slope of frustration and pain with no apparent solution in sight.

Using the wrong tools, the more we try to fix things, the more broken they get.

We may attempt to fix it by going through all the standard relationship books and courses. We pour over them looking for the key that will open the way to that loving, connected togetherness we know we can have. The standard approaches focus on things like "understanding our differences", "better communication", "talking about our feelings and needs", "making time for the relationship", etc. When a relationship is going well, all of these things are great. But when it’s running into trouble, these can end up mostly adding more time to fight about what's not working. Why is it that the well-intentioned "help" often ends up hurting more?

And the more it hurts, the more we want to fight against it. And whether it's by shouting or stonewalling, ignoring or manipulating, trying whatever we can think of to change what's happening, in the end, it all hurts. It's not what we wanted.

The thing is, we KNOW what being in love feels like, because we are in love, or at least we have felt it before. You probably still feel it now, just not in the same way you once did. You know what it's like to wake up looking forward to seeing that special someone, to feel that sweet bliss when they hold you close in their arms. There's nothing like it in the world.

Want to get that feeling back again? 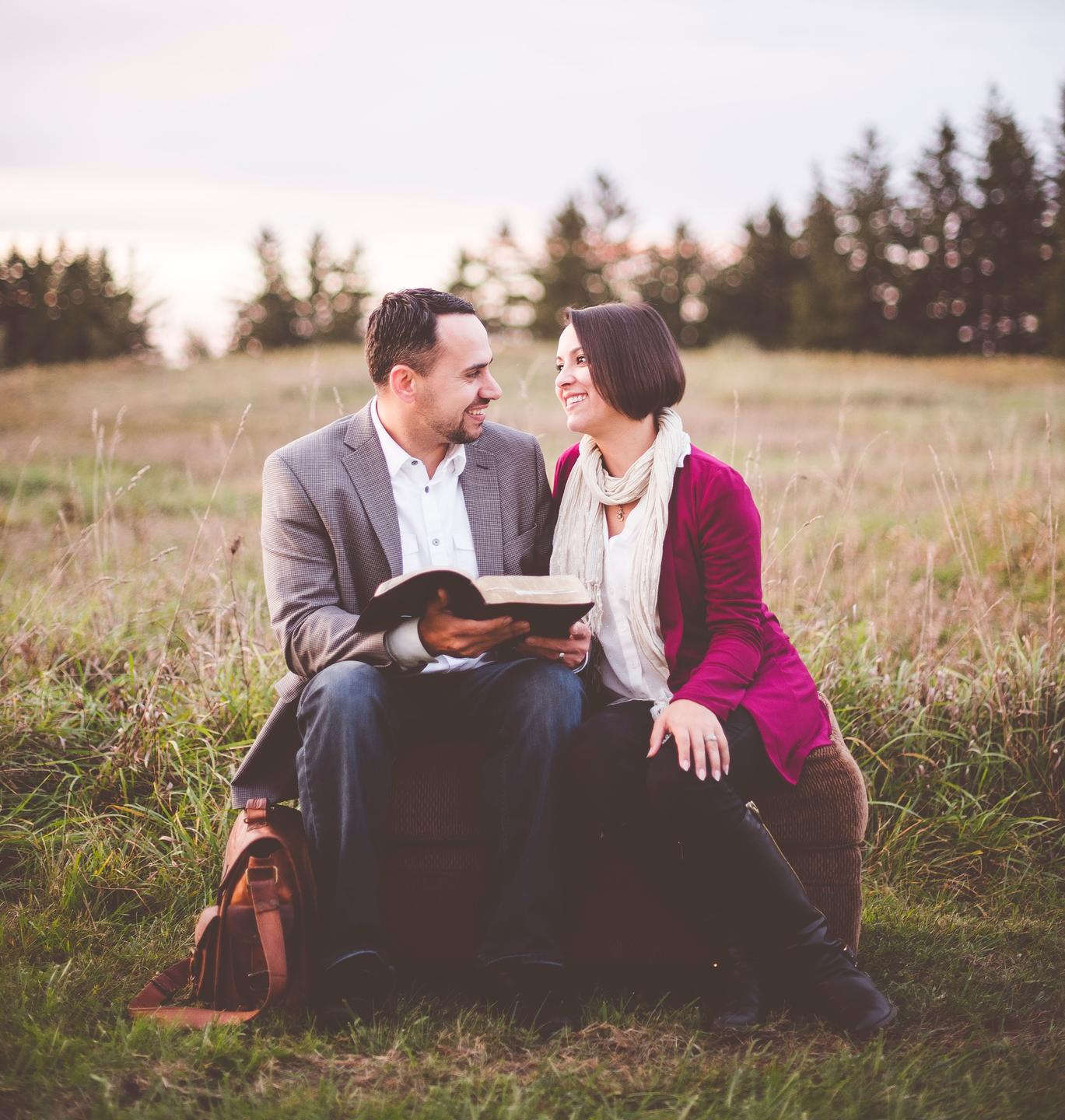 Are you in love with someone, but struggling to get along with them?

Is your love becoming a fading memory?

Would you like to rekindle and even add more firepower to the flames?

Ready to get your love back? Would you like to build it even stronger than ever?

The good news, the GREAT news, is that you can.

Not only that, but you can do it without needing your partner's participation in learning how. Of course, if you and your partner do it together, that's wonderful!

You can make that loving relationship of the past a new reality, and even go beyond.

And the solution is not what you're probably thinking. It is:

There’s nothing wrong with trying out a kinky new outfit now and then! And who doesn’t want a good date or a nice adventure? Any of these things can be interesting and fun, as long as we are already enjoying being together.

But what if we aren’t getting along? These approaches can only go so far. You’ve probably tried some version of most, if not all of these, and you know they’re not fixing the real problem. Planning an elaborate date doesn't work when neither of you is having fun being together. Without that spark, there is no flame.

We help you fix what’s causing the pain.

The problem isn’t you or your partner, it’s the traditional approach to relationships and love.

We’ll take you on an in-depth discovery of why the traditional model of relationships is really at fault, and how you can stop using faulty systems that don't work for getting and sharing love with your partner.

We don’t stop there. Next, we’ll put in your hands an entirely new and different approach that will not only get you the love you want and deserve, it will also help with all the other stuff life throws your way.

You will be getting more love and influencing your partner in a way that not only works, but also brings you closer together in the process. You'll have far more hugs and far less heartache. You will be enjoying the kind of love you know is possible for you and your partner.

Is this sounding a bit too good to be true? I know it may seem that way, especially if you've been down the traditional path for a while. When you feel like you've tried everything and nothing seems to be working, it can seem hopeless. Struggling to build a relationship using faulty tools and broken systems, is not only a huge struggle, it’s truly disheartening. It can break a person’s spirit. Enough is enough.

Time to leave that all behind you and move on to something that actually works.

We call it the Exponential Relationship System. That’s not only because it’s like the ER for saving a relationship, but also because a loving committed relationship can and should experience exponential growth and closeness that builds and expands more and more powerfully throughout our lives. The good things about your relationship can get better and better, in ways that are truly exponential.

You may be wondering where this new approach comes from, and why you haven’t heard of it before.

Not only does it work, but it's easier, more consistent, and won't wear off over time. You can fix your relationship for good!

The reason you haven’t heard about it is because it is only now becoming available to the public. We took a different approach. It’s all too common to try to figure out how to be healthy by studying sickness. Looking at what’s not working in broken relationships and then trying to avoid that in order to stay safe. Rather than doing that, we focused on world-class amazing couples to see what they are doing right!

We studied the rare couples who are doing things differently. They really do exist, and they are living proof that no matter how much life throws at you, your relationship can continue to get better and better, year after year. 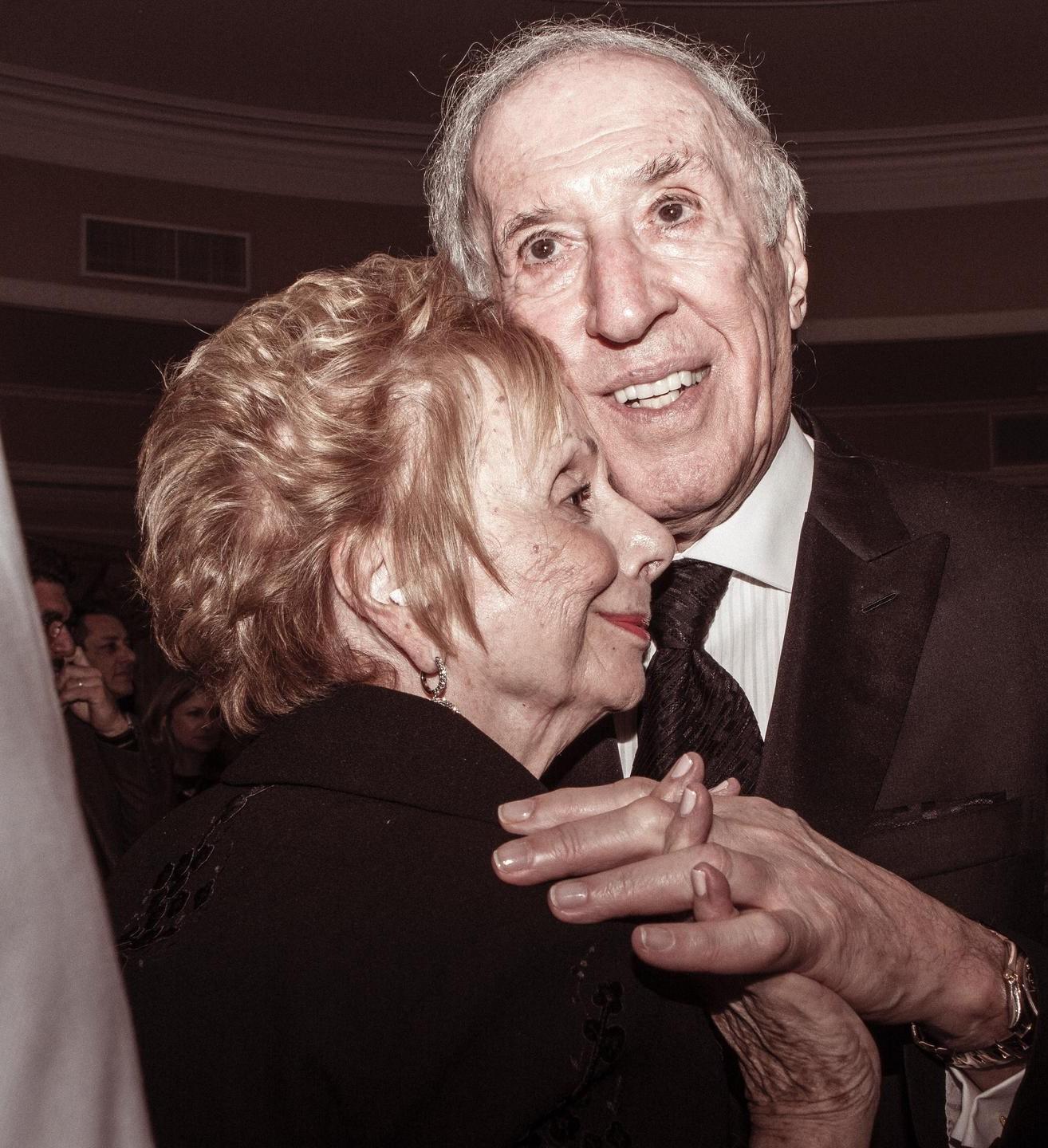 The Exponential Relationship system has been battle tested in the trenches of real-life relationships of others like you and me.

Armed with the exponential relationship method, no matter what life throws at you or your partner, you will be able to enjoy all the love you deserve and more. And one of the coolest parts that to this day continues to amaze and surprise us, is that using this new approach to relationships, you'll see how it's really effortless to do. It's really the easiest thing ever, far easier than what you are probably trying to do right now.

Are you ready to put the amazing back in your relationship? Want more hugs and less heartache?

What are you waiting for?